The historical buildings of Faik Pasa Apartments in Cukurcuma Faik Paşa Caddesi have been restored, projected and completed for 8 years in total.

The buildings are more modest than the Art Nouveau stone buildings, palace-mansion buildings in the above regions of Beyoglu, but they still keep the footsteps of Istanbul’s past in their magical surroundings. The restoration of my modest historical buildings has been made respectful to the past. The decoration was also edited accordingly.

One of these precious buildings was the Beyoğlu Municipality Presidential Building went into service again after a careful restoration process that lasted for three years. The traces of the past have been further polished, the needs of today are met in a planned manner and both the technological infrastructure and the characteristic structure of interior- I think this building is one of the proud sources of Beyoglu in my opinion. 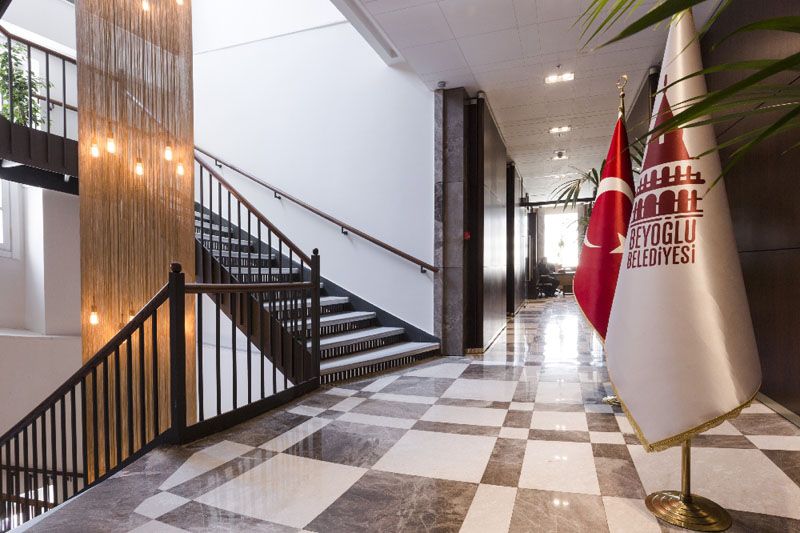 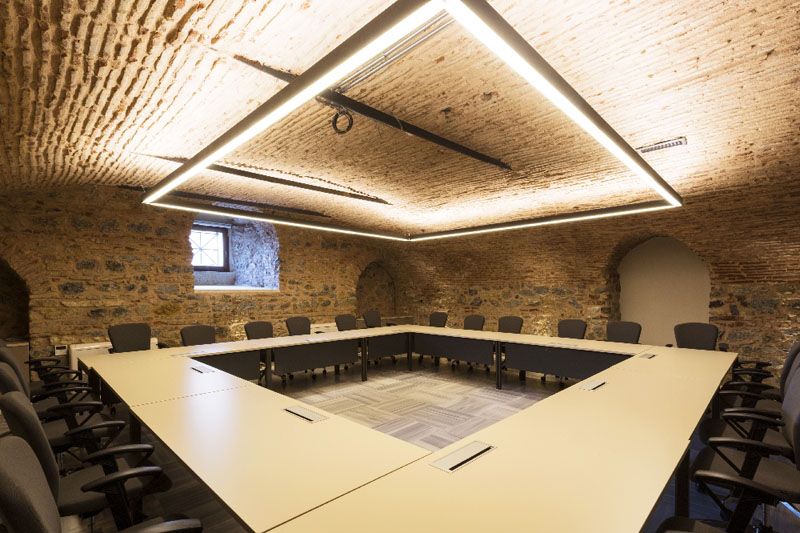 The first example of modern municipalism in the Ottoman Empire in the present sense and a milestone in our city was the “Beyoğlu and Galata Sixth Apartment-i Municipality”, which was the first municipal council established in the western sense in Turkey,

Beyoglu, was a state of commerce and finance centre of Istanbul in terms of its location and port, was also a place where foreign embassies and consulates were gathered along with minorities. For this reason, the first municipal organization in Western-style started here. Istanbul Sehremaneti” was established in 1855 as a similar position to today’s “Municipality” and Galata-Beyoğlu started to work for the modern municipality services. In the direction of a report which is the product of the work of “Intizam-ı City Commission”, which was established in 1856, some of the commission members were located in Galata and Beyoğlu,  among the representatives of a minority who know the West closely and who speaks foreign languages. and the Galata district, the “Sixth Apartment-i Municipality” was established. According to the report, the local Ottoman City government organization in the capital was divided into 14 municipalities, the municipal affairs were divided into zones such as 6th Area in Beyoğlu-Galata. Beyoglu Municipality was named the Sixeme Arrondissement referring to the city centre from France,

(1857)The first municipal building was constructed, the first municipal court and foreign council member of the council began to apply in accordance with “Regulation of the Beyoğlu and Galata District”. With a budget devoted to privileged and large incomes, 6. Daire was obliged to perform municipal and public works services.Aiming and arrangement of neighbourhoods, streets, repair and construction of waterways and sewers, cleaning and lighting works were started and cadastral maps of the region were removed. Cemeteries in the relevant sections were moved out of the city and a public garden was built in Tepebaşı and Taksim. A hospital was built and “Street-i Kebir” (İstiklal Caddesi) was illuminated with the streets.

(1879-1883), during the reign of Edvard Blacque, who was in charge of important posts such as Paris, Naples, Washington, Bucharest Embassies, the City Hall was designed by the Italian architect Barberini.

Restoration work on the building were projected and implemented by Turkish architects and engineers during   Mr.Ahmet Misbah Demircan’s 2nd Municipality period.

, The restoration, protection and functioning  initiated by Beyoglu Mayor Ahmet Misbah Demircan in 2012, were completed in 2015

The first mayor of the Republic of Turkey, (1857) built by Abdul Hamid Han as the face of the Ottoman direction to the West, began to serve again after 160 years.

Beyoglu Mayor Ahmet Misbah Demircan stated that: This  Tanzimat Period Building was restored in such a way as to meet all the needs of the modern age. The first municipal organization’s  Historical Mayor Building was renewed by protecting the 160-year-old historic plans of the Municipality of Beyoğlu from the foundation to the roof. We also identified the standards of historical building restoration. We have set an example for every property owner who will renovate their buildings. ”