One of the buildings brought to Beyoglu by Armenian and Greek architects and masters under the influence of Art Nouveau Style since the late 1800s is this Apartment in Faik Pasha Beyoglu Hotels on Faik Paşa Caddesi No: 41.
The name of this building, which has a studio apartment on each floor, is “Nuriye Apartment” according to the information we received from one of the last residents, Ms Tac Rahtuvan Barlas.
From the memories of its former residents, we know that the children rushing on the stairs, the neighbours sharing their multi-religious culture with each other with love and respect, and the inhabitants of this neighbourhood are from the generation we call ” Old Istanbul residents ” who have absorbed the cosmopolitan culture of the Ottoman-Istanbul and the RepublicMy family was of this nature too.
My grandmother and mother knew Greek-Armenian words, and even if they could not speak, they could understand the languages of their beloved neighbours and friends.
For me, these women who play the oud, who strum the piano, who love the waltzes, who know the works of Dede Efendi, who play backgammon with Persian accents, who dress beautifully, who do not go out to İstiklal Caddesi without wearing a stylish dress or hat, pray and know their religion very well.
They taught old buildings, historical buildings, the healing-beautifying effect of cosmopolitan culture.

Faik Pasha Beyoglu Hotels which was opened in 2013 and whose projecting and restoration took 8 years, was established not with commercial thoughts, but with the curiosity and love of these periods and buildings. 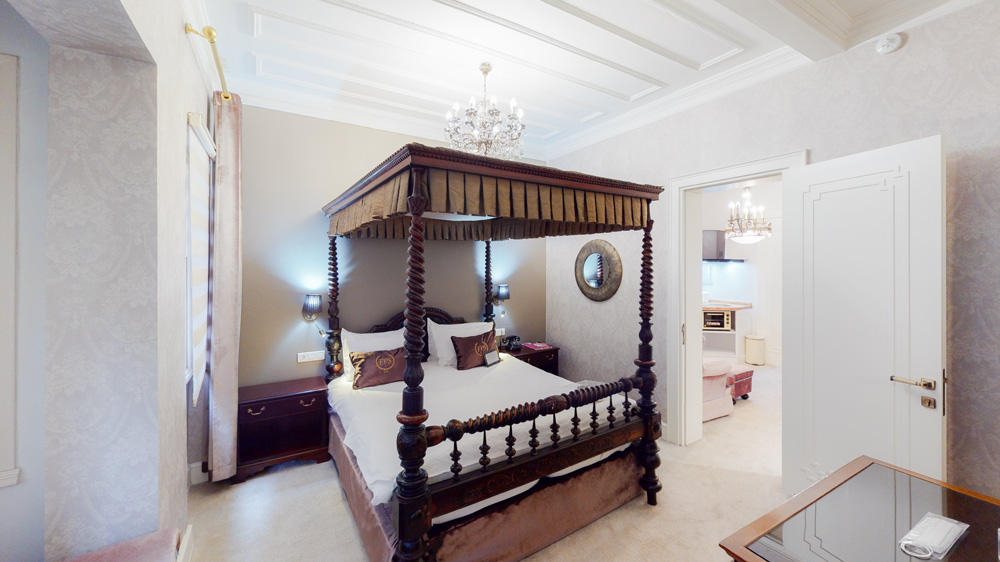 The rooms and suites shown in the video, which I will share respectively, were furnished with the desire to be ‘true to the original’ for the same purpose, period artworks and furniture were collected and repaired from antique dealers in different parts of Istanbul and especially in our own neighbourhood.
The Faik Pasha Beyoglu Hotels message is not the trends of the present, but the Global Chain hotels are not all the same rooms, but an interesting boutique design hotel beyoglu that belongs to an Istanbulite.