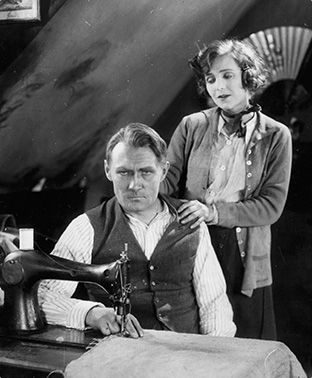 Faik Pasha Suites team follows art events and festivals in our City Istanbul and our neighbourhood Beyoglu and would like to inform our precious guests about these exceptional events.

Pera Film’s program for the month of May continues with a partnership with Berlin Film and Television Museum, one of the foremost film museums in Germany. Curated by Deutsche Kinemathek, the program titled Berlin – A City Called Home invites the viewer to a cinematographic journey that sheds light on the 90-year history of a multi-faceted city marked by turmoil during the 20th century. The program, which will run from May 29 to July 3, will feature 9 films of immense importance in the history of cinema, ranging from films by the Deutsche Kinemathek’s founder Gerhard Lamprecht to Fritz Lang’s striking chef d’oeuvre M.

“From the social hardship belying the myth of the ‘golden’ twenties, to the ruins of war-ravaged Berlin and the birth of two distinct cities after the building of the wall until its slow reunification after its fall, the old and new German capital has ever changed its appearance. The nine films of the program give a panoramic view of the changes of the city scenery and allow intimate insights into the lives and preoccupations of their residents.” – Deutsche Kinemathek

Slums of Berlin is a feature film by Gerhard Lamprecht which reproduce German illustrator Heinrich Zille’s view of the Berlin milieu. In Slums of Berlin (1925) the engineer Robert Kramer, released from prison, cannot find his way back to civilian life. He wants to end his life but is held back by the streetwalker Emma. Gerhard Lamprecht is most well known in film history circles for his multi-volume compilation of German film productions, Deutsche Stummfilme, dating from 1903-1931. In 1963, he founded the Deutsche Kinemathek (Berlin).

Screening tickets are 10 TL (reduced museum admission). Tickets are available at Biletix. As per legal regulations, all our screenings are restricted to persons over 18 years of age, unless stated otherwise.